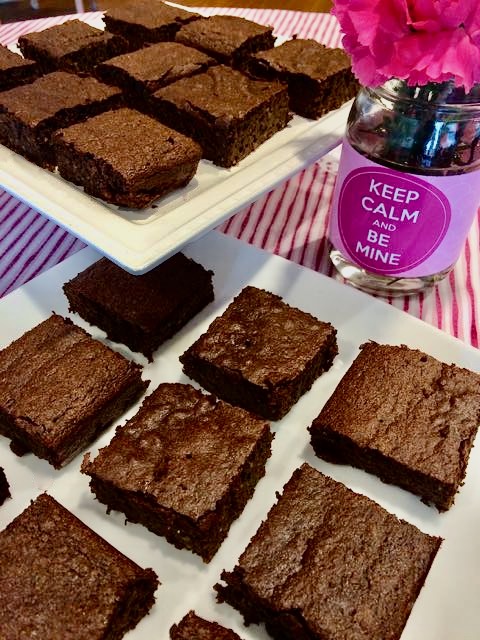 Its that chocolate time of the year. You know – the time when the profusion of red velvet hearts tempts you the minute you walk in the grocery store. This week’s recipe is just in time to help you combat all the bad chocolate out there – and enjoy the really good stuff!

Buying chocolate is all about being a label detective. Here’s the list of what you should look for:

Cinnamon is another ingredient in these delicious treats. Cinnamon and chocolate are a match made in heaven! Our culinary friends in Mexico seldom cook without cinnamon when they create chocolate desserts and savories!

Cinnamon has been consumed since 2000 BC in ancient Egypt. And we still consume large masses of it today! However, now we know that it also has health benefits including helping diabetics control blood sugar levels. Cinnamon also has some anti-inflammatory benefits and is full of calcium and fiber.

Preheat oven to 350F. Combine the almond meal, cocoa powder, cinnamon, baking powder and salt in a medium bowl and set aside.

In the bowl of a standing mixer, whisk the egg whites until stiff peaks form. Then, using a rubber spatula, gently fold egg whites into batter. Place in a parchment lined, non-stick sprayed 9 x 9 x2” square pan and bake for about 15 – 20 minutes or until a toothpick inserted in the middle comes out clean. Allow the brownies to rest until cool before cutting them.