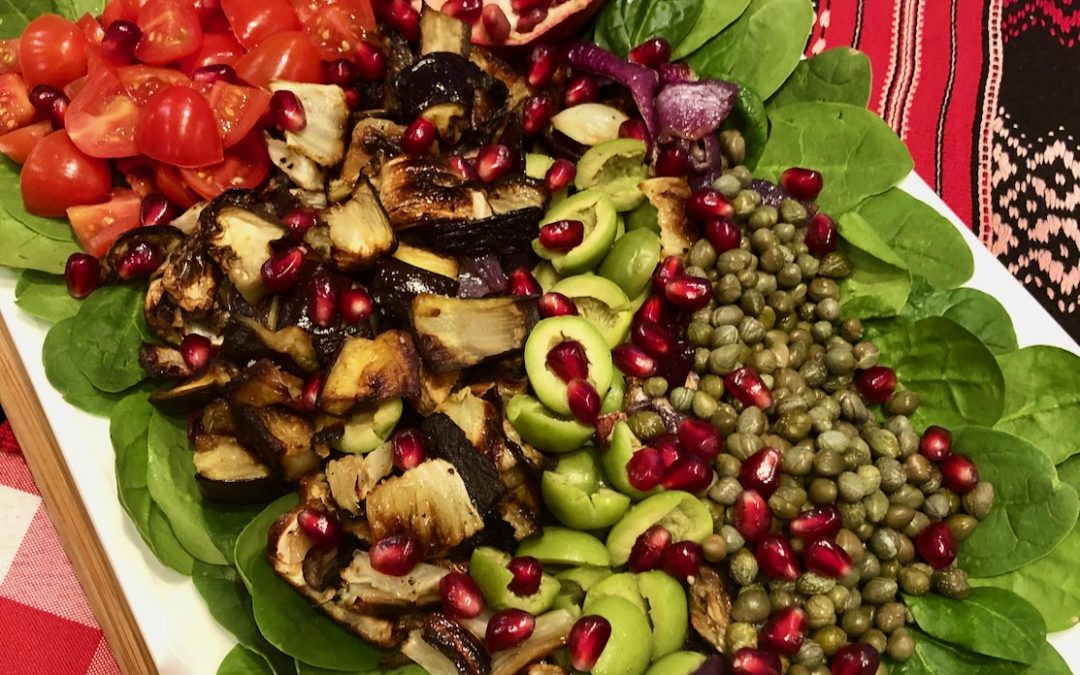 You’ll find this type of salad on almost every table in Sicily, everyone has their own recipe. When you see it on a menu, its often called, “caponata siciliana”. My recipe uses roasted veggies, two of which are ubiquitous in Sicily – eggplant and fennel. 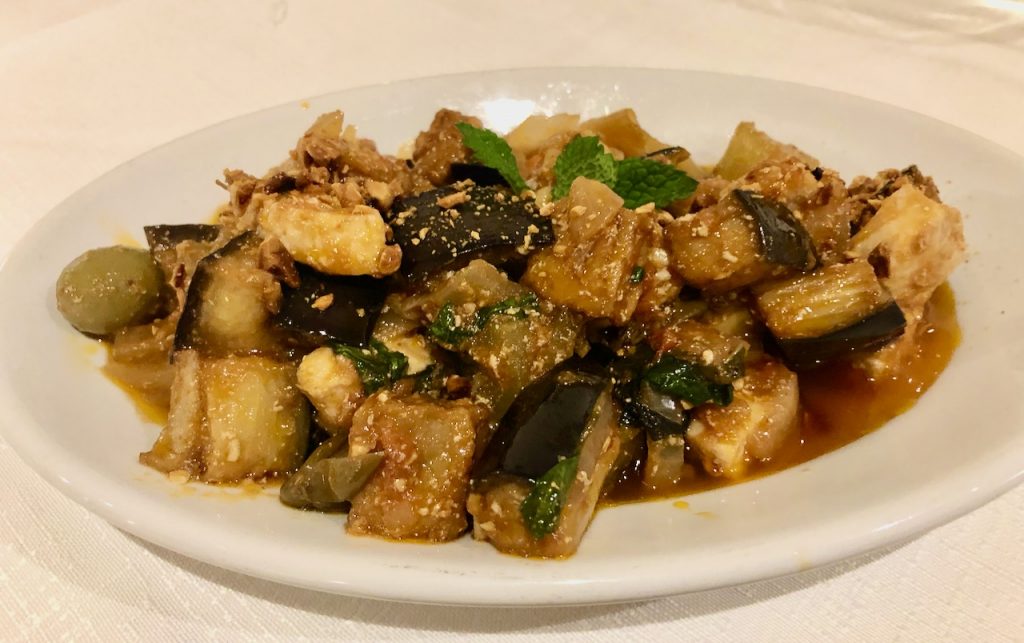 I’ve included a few photos of caponata here from my travels in Sicily. As its served so often, I could have added 20 or 30 photos! Sometimes its served as a salad – sometimes as part of an antipasti or appetizer course like the photo below. 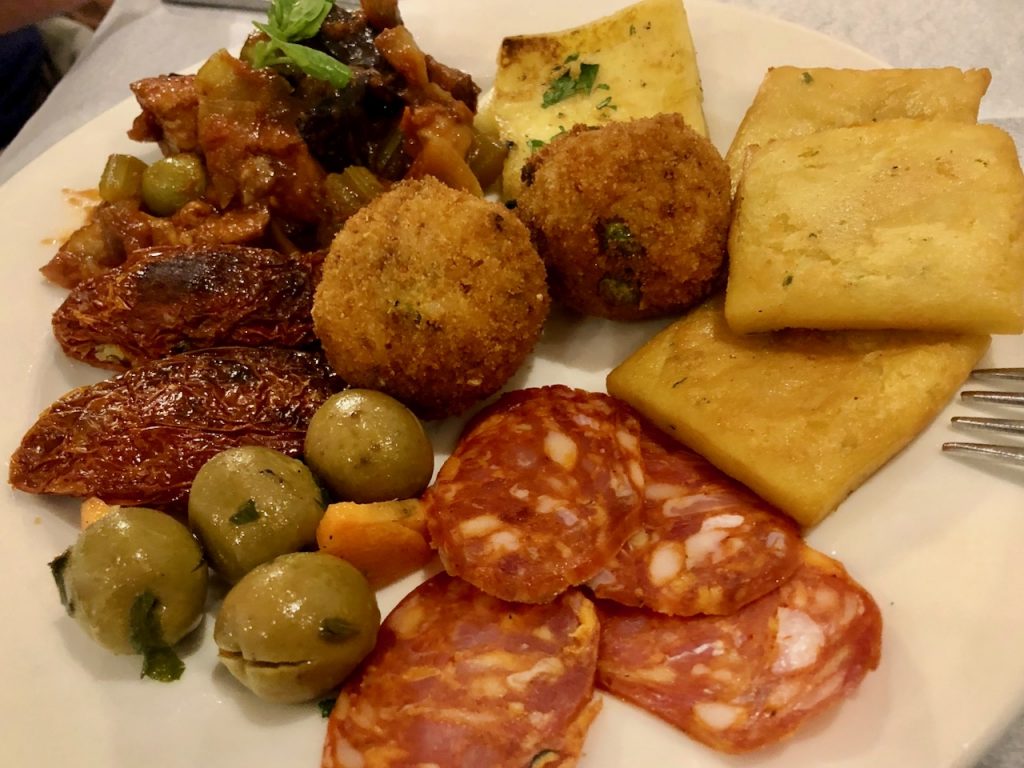 And one more delicious photo below. The caponata in this photo is part of a shared antipasti plate. 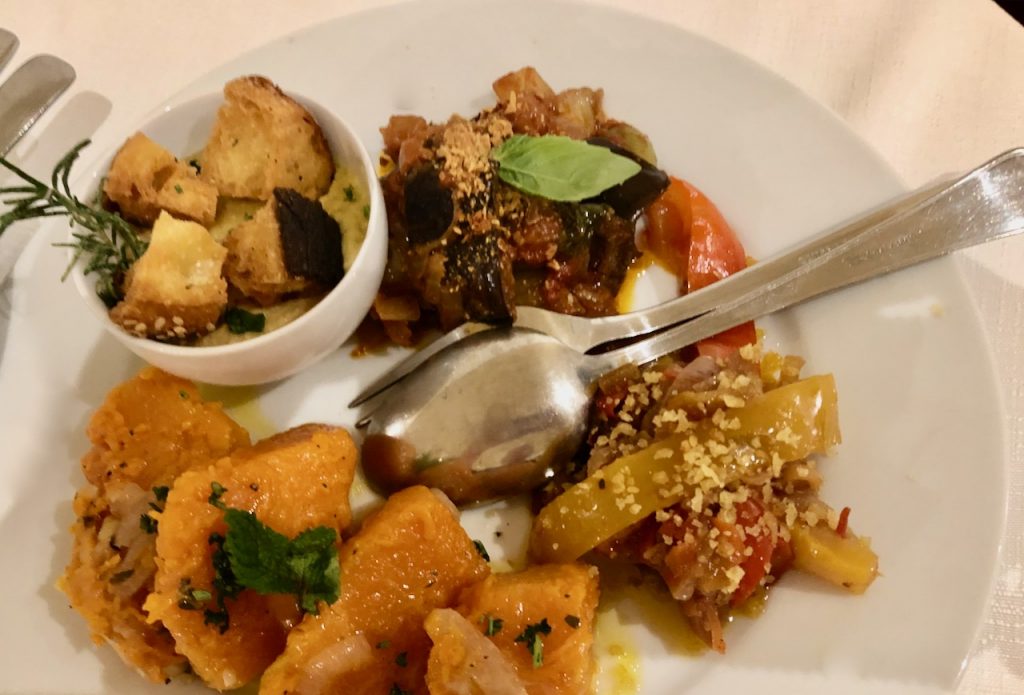 Although you could use almost any olives in the caponata, I’m using some of my favorites from Sicily, Castelvetrano olives – from a small town in southern Sicily, not far from Trapani, the sea salt area that I featured in yesterday’s blog post, Celebrate Sicily Day Six,  where we made the Pesto Trapanese. We aren’t as familiar with these olives as others, Sicily just started importing these olives the United States in the late 1980s. They are firm and meaty – Italy’s favorite snack olive, and mine too. When I share Castelvetrano olives in class, everyone loves them! You can see the Castelveltrano olives in the photo above, as part of the antipasti plate.

The dressing for salad is an “Agrodolce” style, a sweet and sour flavor popular in Sicily. This is a combination of two words, “agro” for sour and “dolce” for sweet. If you think about what pomegranate seeds, or arils taste like, you know what the agrodolce flavor tastes like! Pomegranate seeds, juice and syrup that is called pomegranate molasses are used in lots of different ways for salads, savory dishes and sweets.

Whenever I serve a salad, I love presenting on a large platter. Everyone can see the beautiful ingredients, and they can pick and choose their favorite bites. 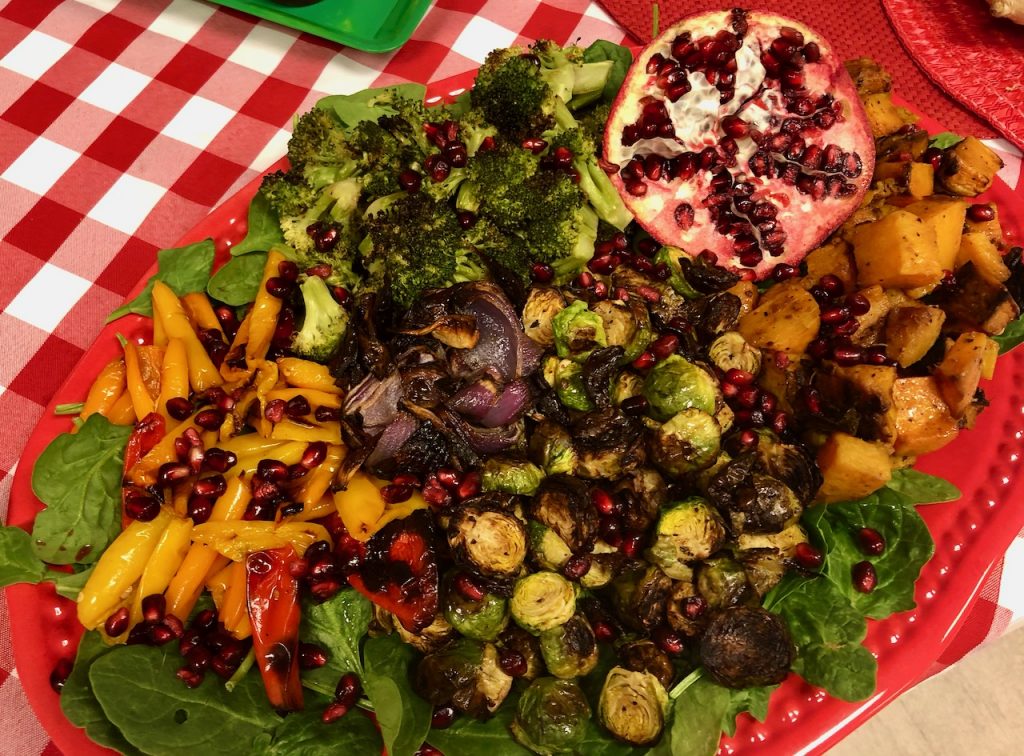 Toss, (or spray), the eggplant, fennel and onion in the oil, sea salt and pepper and roast in a preheated 435F oven for about 25 – 30 minutes or until golden brown.

Sprinkle the spinach over the bottom of a large platter. Add the eggplant, fennel, olives, capers and tomatoes on top. To make the dressing, whisk the vinegar, honey, red pepper flakes and sea salt together in a small bowl. Taste and add additional vinegar or salt. Nestle the halved pomegranate into the side of the platter. Drizzle the salad with the dressing and sprinkle the pomegranate seeds and parsley over all.

My choice for wine with caponata is one that will be perfectly complement any appetizer, salad or light fish dish. Named for the woods surrounding the vineyards at Ulmo, this wine is full of the aromas of tropical fruit. Its refreshing, balanced and pops with citrus zing when you taste it. Made mostly from the grape Grecanico, Planeta uses not only indigenous grapes in blends like this, but also international varieties that you will recognize, like the chardonnay and viognier in this one. 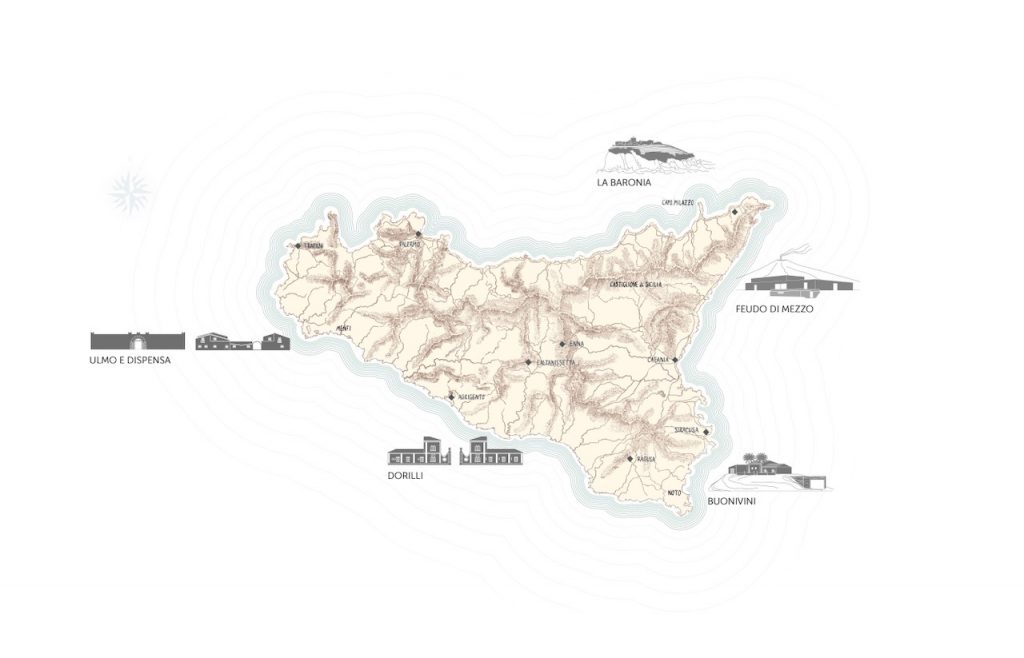 Planeta is one of my favorite wineries in Sicily. When I say wineries, I mean it. They have five wineries scattered around the entire island, so their wines are a taste of place no matter where you are in Sicily. On my Taste and Savor Travels we always visit at least one of their wineries, and take advantage of their incredible hospitality at the Planeta Estate. For a wonderful armchair travel break, or to learn more about them, I highly recommend checking out their website, here: https://planeta.it/en/ 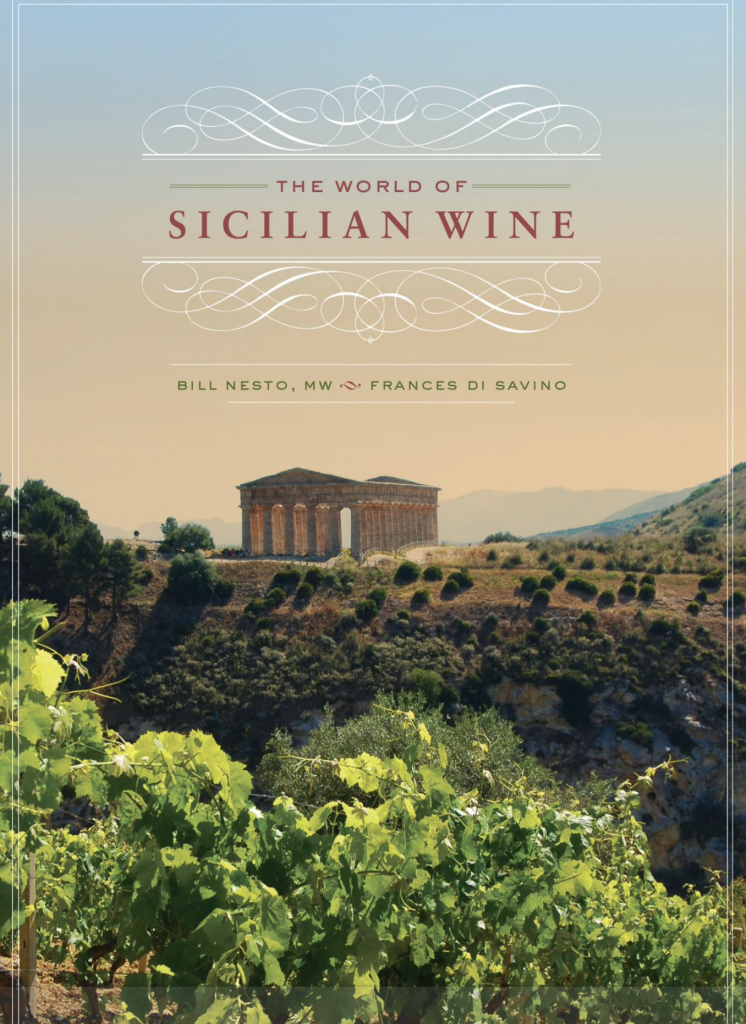 I discovered Diego Planeta, the man behind Planeta rising to prominence with fine wine in Sicily from reading the book “Discovering the World of Sicilian Wines” by Bill Nesto and Frances Di Savino. After falling in love with Sicily, I wanted to know more – this book, although quite wine-geeky, is a beautiful explanation of Sicilian wine from history to now.