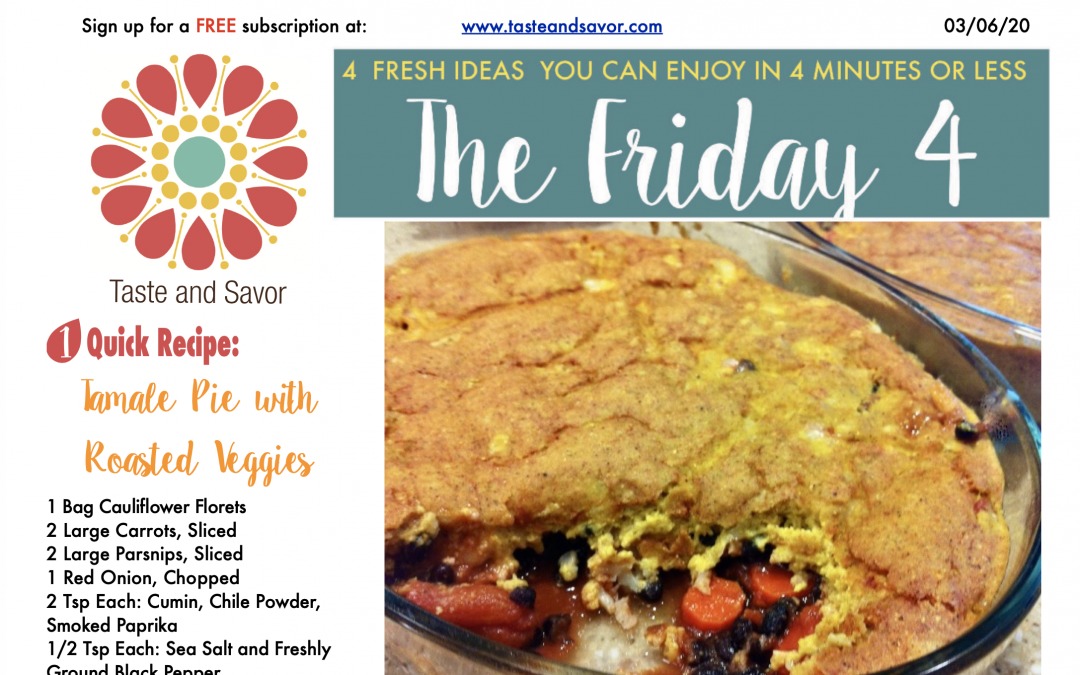 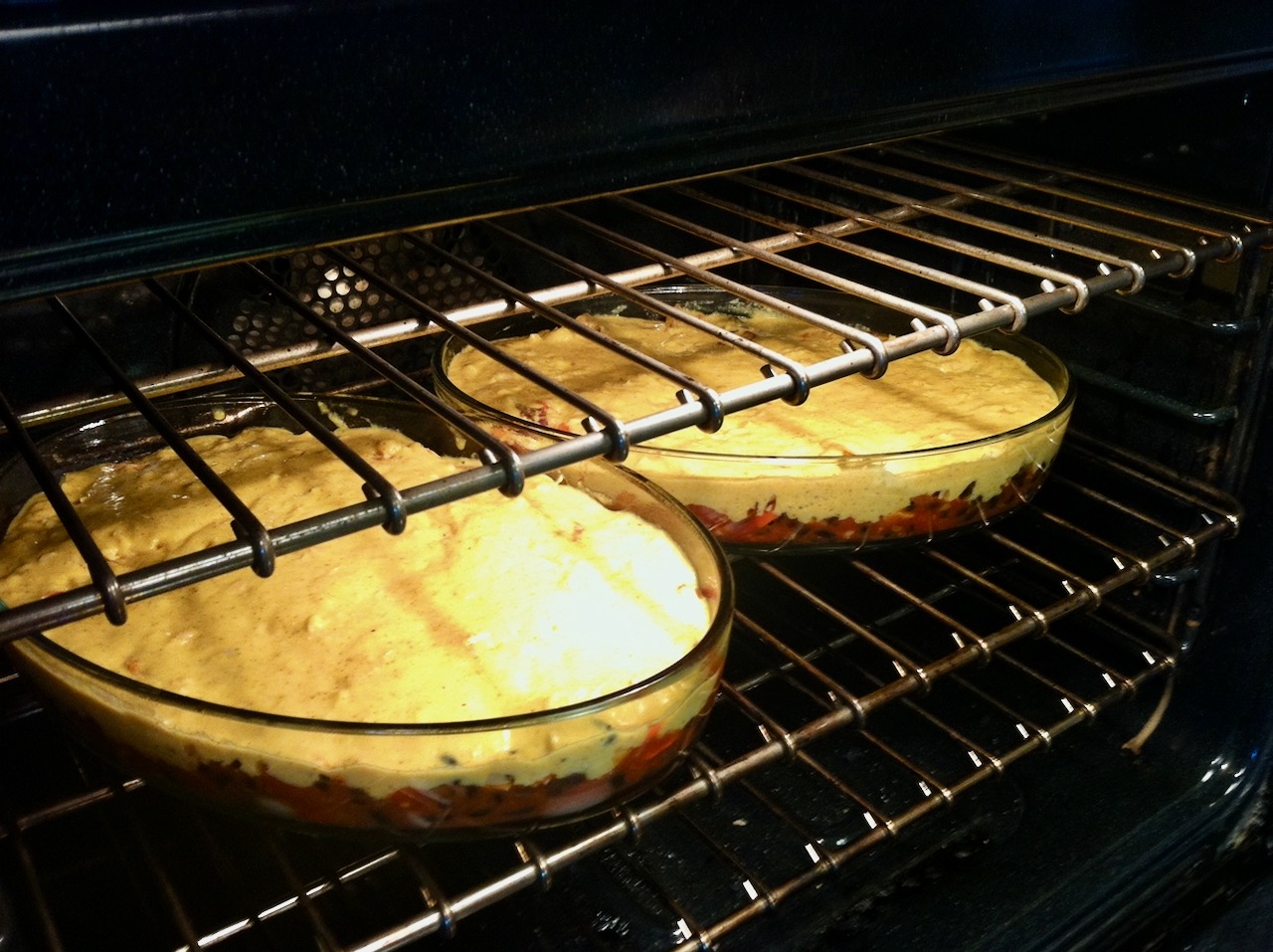 Toss the veggies with the spices, salt, pepper and oil in a large bowl. Place the veggies on a sheet pan and slide into a 400F oven for 25 – 30 minutes, or until golden browned. Leave the oven on. While the veggies are roasting make the cornbread*.

Place the roasted veggies in the bottom of an oil sprayed casserole dish. Stir in the tomatoes and the beans. Sprinkle on the cheese, Spread the cornbread on top. Place in the oven for 25 – 30 minutes until the cornbread is golden. Serve topped with your choice of peppers, cilantro or nonfat greek yogurt.

*Better for YOU Cornbread

Whisk the cornmeal, spices, baking soda and powder together.

In another bowl, mash the beans and add the oil. Thoroughly stir in eggs, whites and buttermilk, then add the cornmeal mixture and stir until just blended.

Better for you because of the fiber and protein from the beans – this recipe makes great cornbread muffins, too. Cook in a 350F oven until golden brown on top – about 15 minutes.

Fresh, juicy berries and black plums meet soft tannins and an easy drinking finish which makes this wine a perfect partner for a fun casual dinner with  family or friends. Made from the monastrell grape, (mouvedre) in Spain, its highly rated by the wine gurus and once you try it – you’ll discover why!