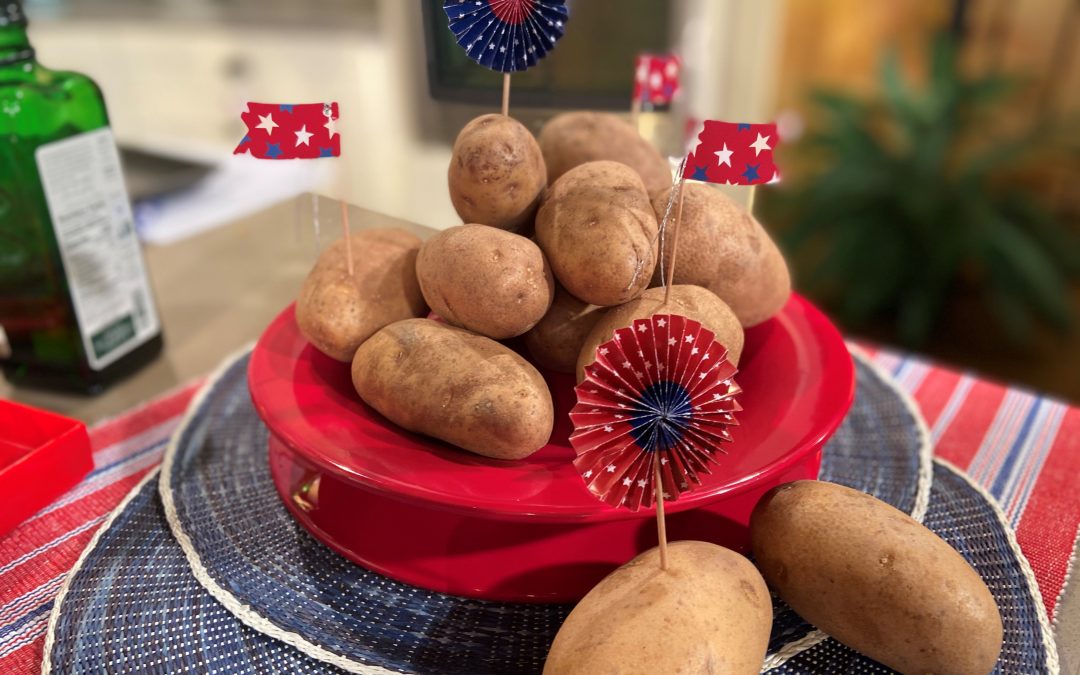 Not only are we celebrating Presidents Day, we’re celebrating potatoes, too! February is the month for chocolate AND for our favorite spuds. There have been many fans of the potato in the white house, among them, John Adams, Andrew Johnson and Gerald Ford all named them food favorites.

Did you know that there are over 400 sweet potatoes varieties grown from Africa to Asia and almost every country in between? Here in the United States, Idaho might come to mind as the home of the potato – but 30 states including Georgia grow them. 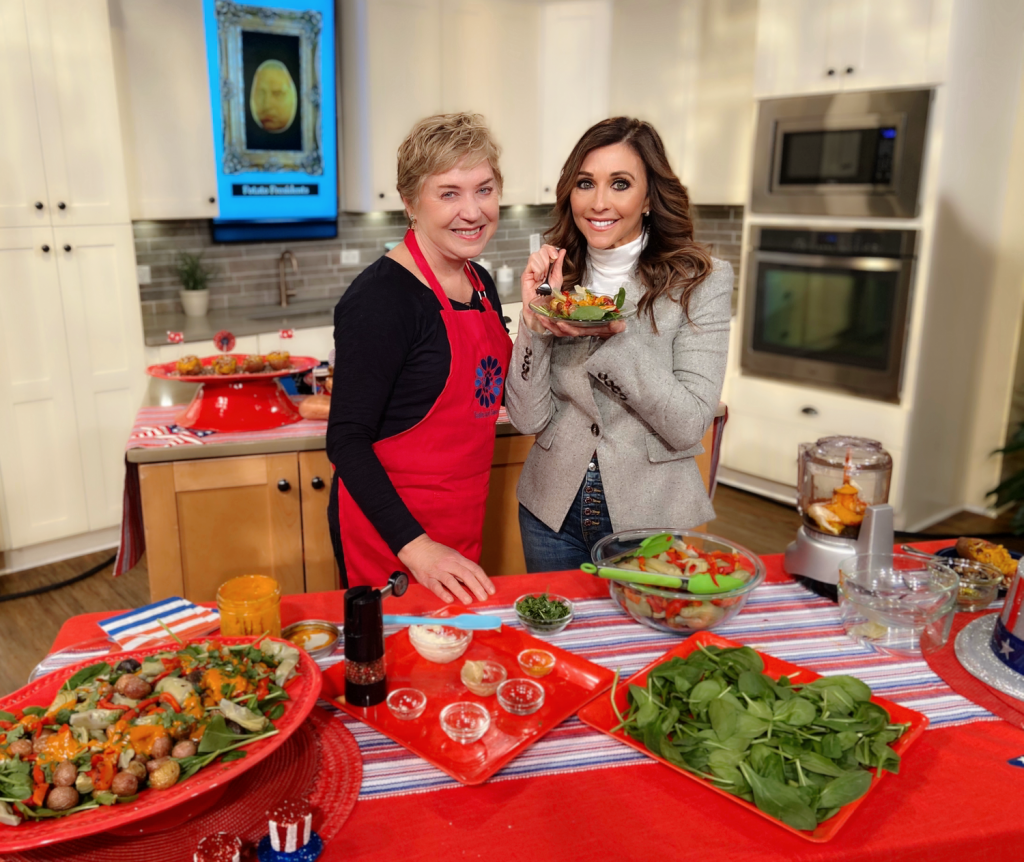 Click on the link below to watch the show! 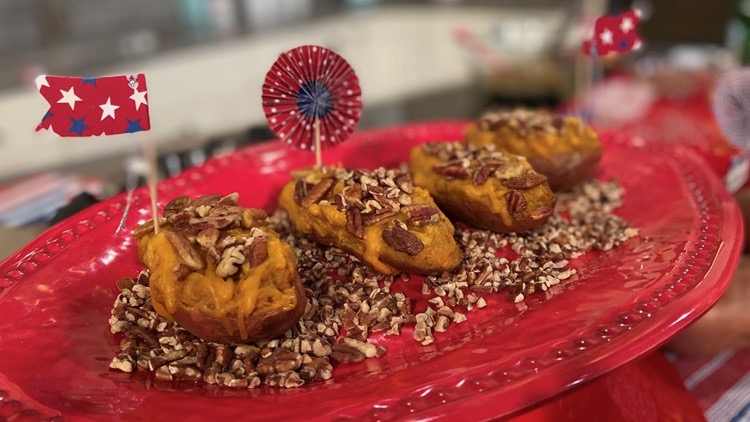 Preheat oven to 400F. Prick skins of potatoes several times. Roast until soft for about 45 minutes. When cool enough to handle, cut potatoes in half and scoop out flesh into a bowl. Make sure to keep skins intact for stuffing.

In a small sauté pan melt, butter and oil together. Mix in spices, salt and pepper and cook until fragrant, then add milk. Pour warm mixture over potatoes and mash thoroughly.

Reduce oven to 350F. Spoon potato mixture into empty potato skins. Sprinkle with cheese and bake until thoroughly warm, or about 15 minutes. Garnish with nuts.

Here’s a spin on a favorite dinner side, one that can be served warm, cold or room temperature.

Toss the potatoes, artichokes and red peppers together in a large bowl and toss with a drizzle of the dressing.  Pour on to a platter lined with spinach. and garnish with chopped cilantro.

Place all ingredients in the food processor and puree.

The earthy, meaty texture and flavor of potatoes calls for a bottle of Pinot Noir. We’re going to Williamette Valley Oregon for this one, its juicy fruit forward flavors of cherry will complement both the creamy double stuffed potatoes and the smoky potato salad.