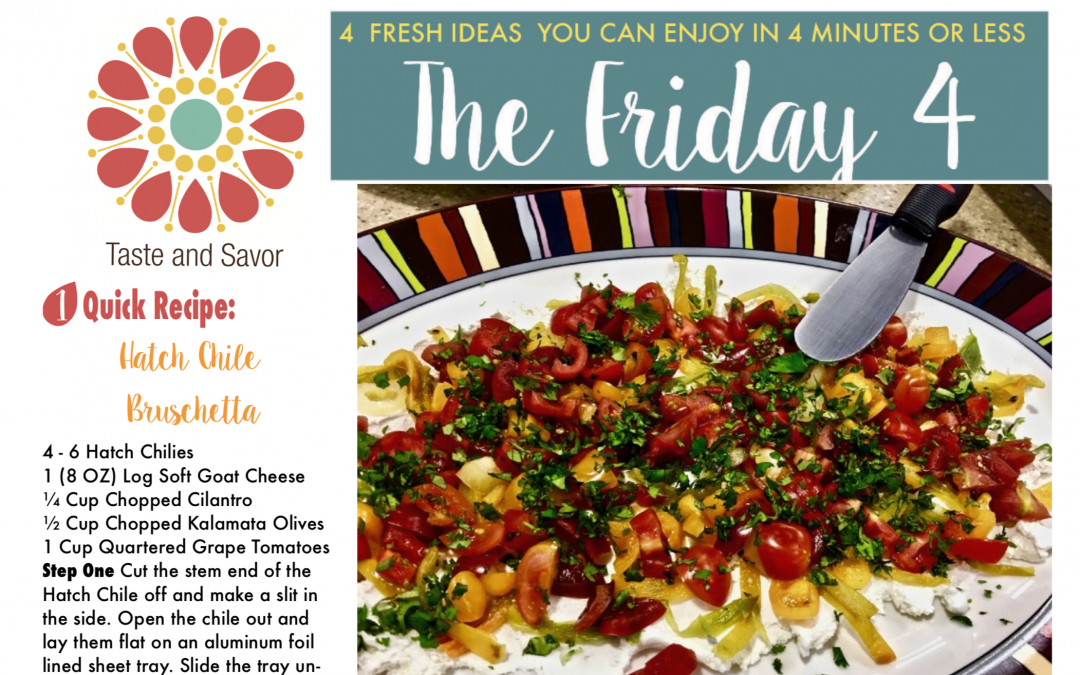 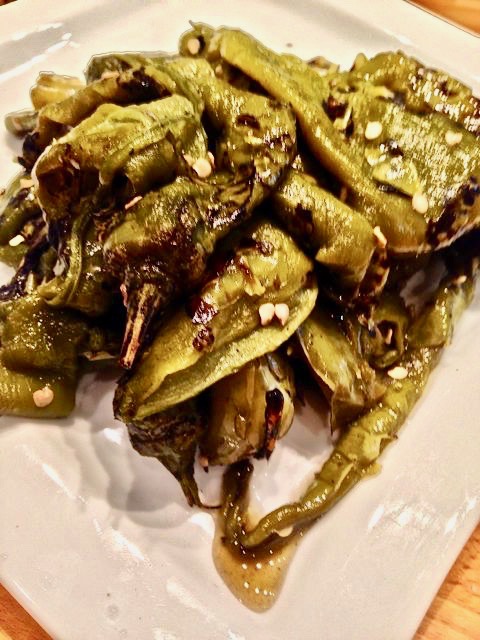 Cut the stem end of the Hatch Chile off and make a slit in the side. Open the chile out and lay them flat on an aluminum foil lined sheet tray. Slide the tray under the broiler, and broil until blackened. (Depending on your broiler, this will take about 5 minutes.) Remove from the oven and fold the foil up around the peppers creating a package. Let the peppers rest in the foil until they are cool enough to handle. When cool, open the foil and slide the skins off the peppers. Slice the peppers in thin strips.

Spread the goat cheese out on a platter and top with the chilies, cilantro, olives and tomatoes. To serve, use a spreader or spoon to “schmear” the Hatch mixture on a baguette slice.

Hatch Chiles hail from Hatch, New Mexico and their unique flavor, (and fantastic marketing campaign), have made them a treat that is enjoyed all over the U.S. Harvested in late August, just about now they appear in grocery stores like Sprouts or Whole Foods, and on the menus of many restaurants during the fall chile season. Hatch chile lovers say they are the best chiles ever, because they are grown at elevation. (Sound familiar wine friends? Grapes that are grown on the side of mountains are often the best, too.)

Hatch Chilies come in three degrees of heat, mild, medium and hot. This spread tastes great with any of the three – choose the level of heat that you and your fellow eaters will love!

Believe or not, there are all kinds
of Hatch Chile products, even wine! That’s not my choice for this delicious appetizer – Riesling is a perfect partner for this cheesy delicious appetizer. Although Riesling is from Alsace, its grown all over the world, including the Pacific Northwest. This one is full of the fruit flavors of citrus and peaches, but still crisp, dry and light.