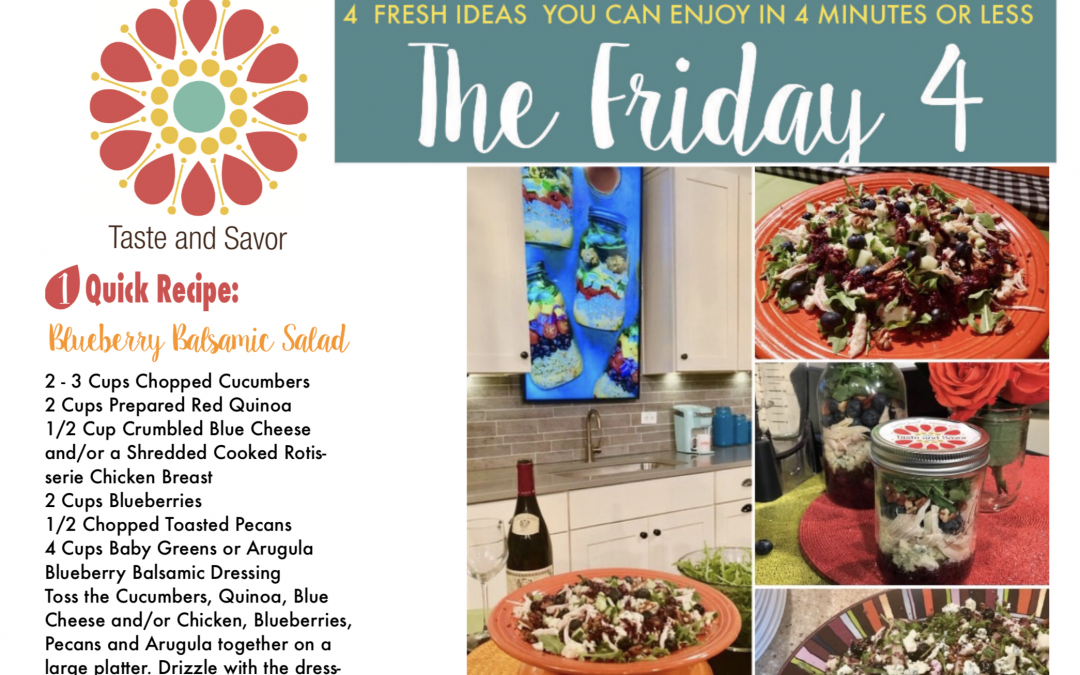 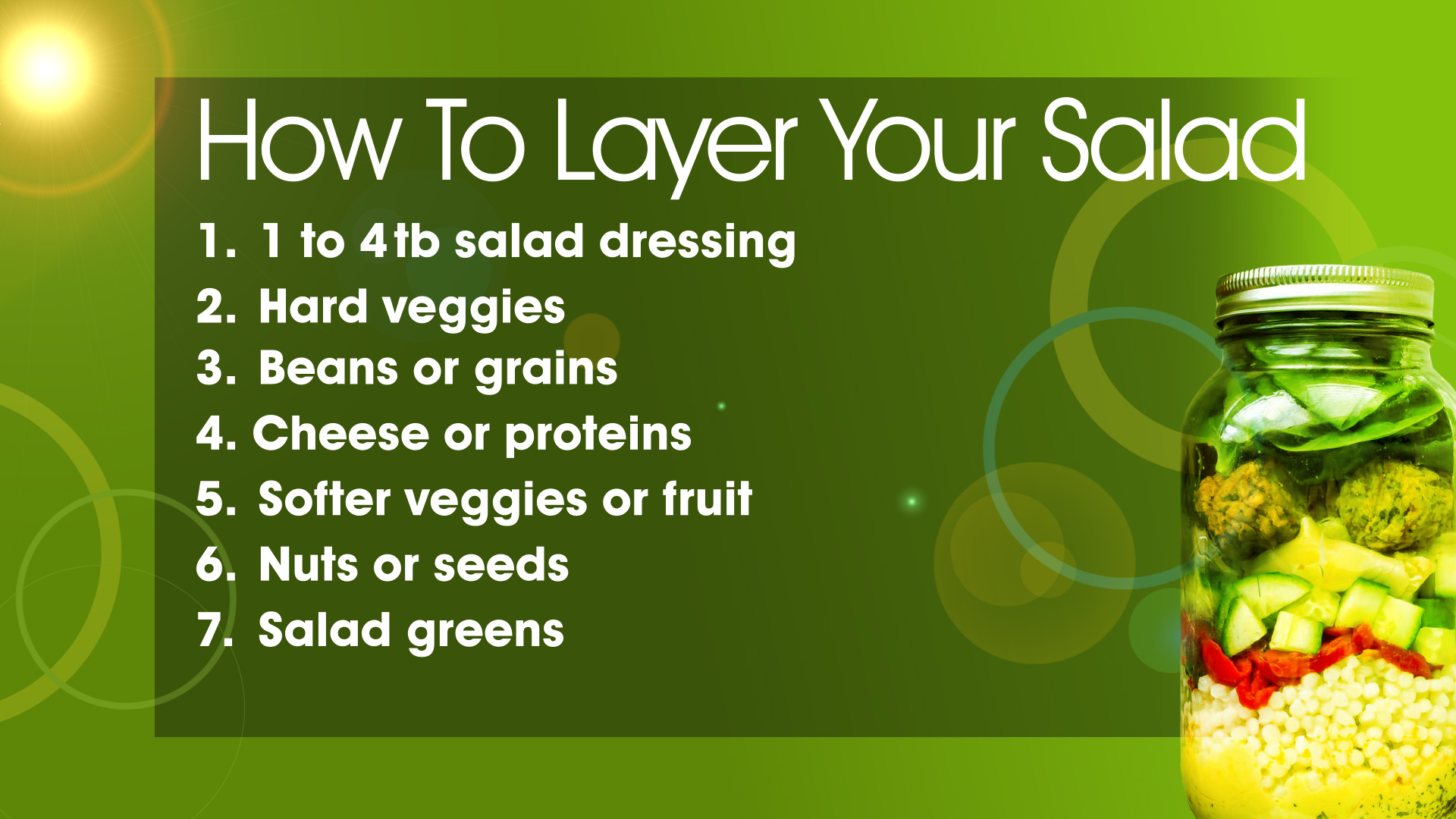 Place the berries, balsamic vinegar, honey if using, lemon juice, mustard, salt and pepper in a blender or food processor and process until creamy and smooth.

This salad is full of seasonal ingredients like cucumbers, blueberries and arugula. But you can substitute the best of the season you’re in when tossing up the salad. Try strawberries in the early summer months, in cooler months you can use dried cranberries and baby lettuces. Frozen berries make a great salad dressing in the winter!

SEVEN LAYER JAR Salad with Blueberry Balsamic Dressing Want to make this salad in a jar for quick and easy transport? Here’s how to layer your jar!

We’re just not as familiar with the Gamay grape as others! But we should be! Especially in the hot months of summer when we are craving a cooler wine, but it just has to be red! Gamay is from Burgundy, France specifically at the very end of the region. It’s light and refreshing, so it can be served a little cooler than other red wines. Look for wines named “Beaujolais” in your grocery store. This French wine is named after the place it is made, not the name of the grape.