I love BRUNCH! But I don’t love getting up early on a weekend morning to prepare. Here’s an easy way to prep ahead of time and be rested and ready for friends and family. All you need is a simple fresh fruit salad like the one in the picture above – and brunch is ready! 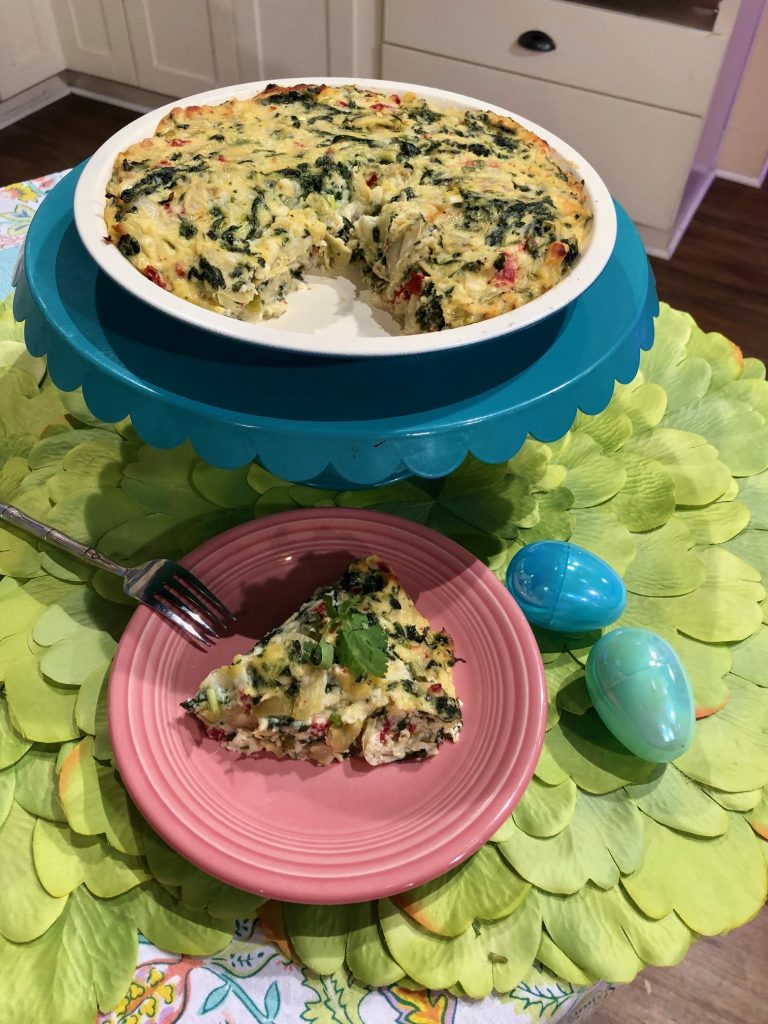 Step One Preheat oven to 400F. Grease or spray a 9-inch pie pan lightly with olive oil. (Or use a springform pan lined with parchment paper.)

Step Two In a large bowl; whisk together the eggs, whites, ricotta cheese, Manchego and Parmesan. Add the artichokes, spinach, pepper, green onion and to the cheese and egg mixture. Season lightly with salt and generously with black pepper Stir until combined.

Step Three Pour contents of into the greased pie pan and drizzle or spray with olive oil. Cook until the middle is set, about 60 to 75 minutes. Cool on a wire rack for 5 to 10 minutes before serving.

If making this delicious egg dish ahead of time, don’t preheat the oven. Pour the ingredients into the pie pan, cover and slide in the refrigerator. On the day you want to serve it, remove the pie from the refrigerator and preheat the oven to 350F. When the oven is hot, drizzle or spray the top with olive oil and slide the pie into the oven and cook until the middle is set, about 60 to 75 minutes. Cool on a wire rack for 5 to 10 minutes before serving. 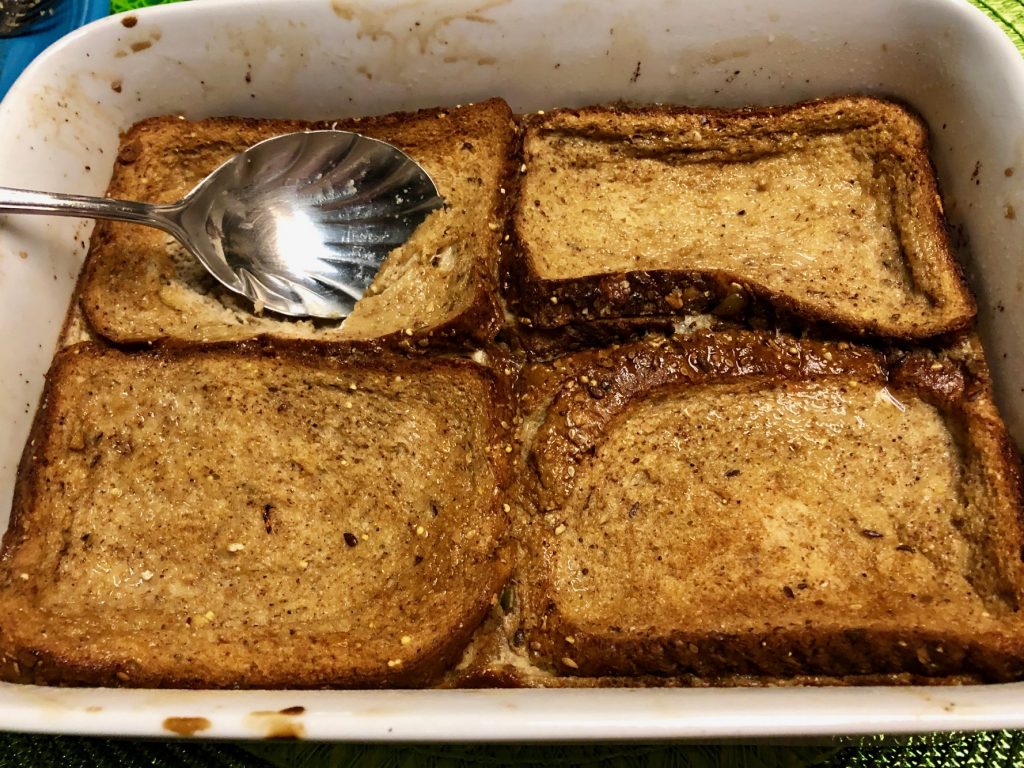 Step One Preheat the Oven to 425F. Spray a large baking pan or dish with non-stick spray. Arrange the bread slices in a single layer – the bread should fit into the pan snugly.

Step Two Combine the eggs, whites, milk, maple syrup, vanilla and cinnamon in a bowl. Whisk to blend and then pour over the bread. Let soak until all the egg mixture is absorbed, turning the bread after about 10 minutes.

Step Three Bake the toast in your preheated oven for about 25 minutes until golden brown.

Complete the recipe through Step Two. Cover and place the French toast in the refrigerator overnight. Remove from the refrigerator and let sit on the counter while the oven preheats. When it reaches temperature bake in the oven for about 35-40 minutes, or until golden brown.)

Combine maple syrup and ground cinnamon in a small saucepan. Bring the syrup to a simmer. Remove from the heat; place the baked French toast on heated plates, top with the warm maple cinnamon syrup and serve.

Pour 1/2 Cup of Grapefruit Juice in a  glass, add Prosecco and garnish with a raspberry or blackberry.