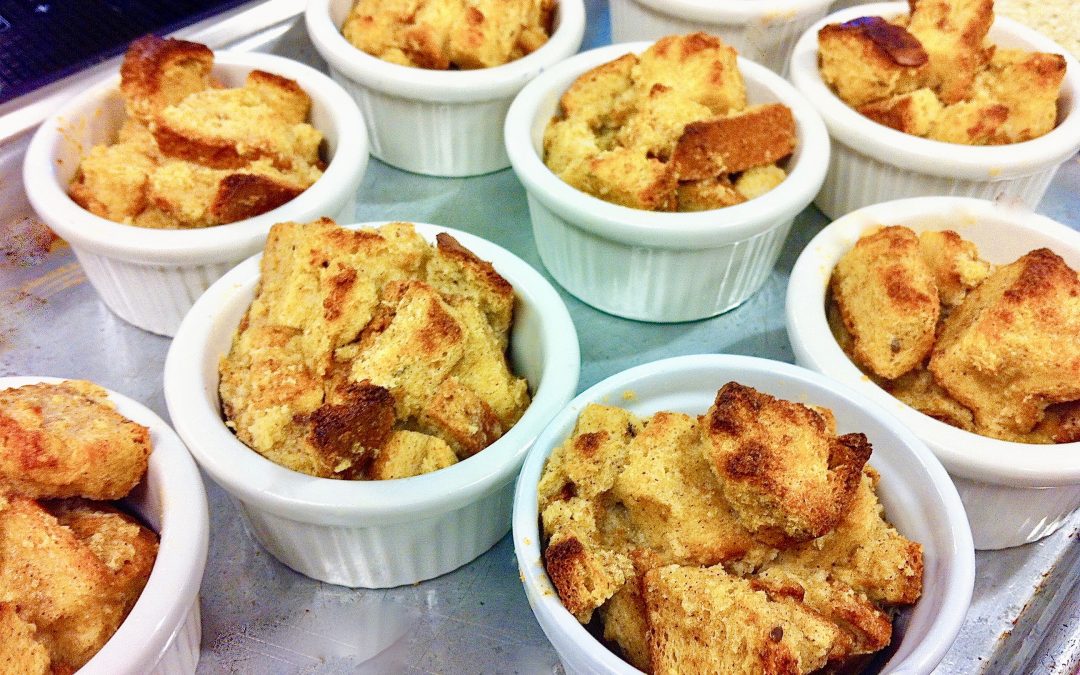 We love breakfast! Not only is breakfast the most important meal of the day, but it can be easy and delicious all in one shot. On cold days like today, we often make breakfast for dinner, your family will love having a “personal” french toast full of flavor from maple syrup and cinnamon.

On nights when you what to serve it up for breakfast or simply plan ahead you can prepare the dish all the way until baking and put it in the fridge. When you’re ready to enjoy it,  pop in the oven for about 30 minutes and mix the syrup together. The smell wafts throughout the house enticing everyone down to the table.

This power packed french toast starts with any better-for-you whole wheat bread. Remember you want bread with at least 3 grams of fiber / slice. If you use organic omega fatty acid rich eggs, you are getting healthy protein and a small amount of omegas. Finally, use plenty of our spice of the week, cinnamon….Studies have shown that just 1/2 teaspoon of cinnamon per day can lower LDL cholesterol.  It can reduce the proliferation of leukemia and lymphoma cancer cells as well.

Preheat your Oven to 425F. Spray a large baking pan or dish with non-stick butter spray. Arrange the bread slices in a single layer. (The bread should fit into the pan, side by side, snugly.)

In a medium sized bowl, combine the eggs, milk, maple syrup, vanilla and ground cinnamon. Beat to blend and then pour over the bread. Let soak until all the egg mixture is absorbed, turning the bread after about 10 minutes. Bake in your preheated oven for 15 minutes, then flip the bread and bake for about 10 more minutes or until golden brown. Serve with Maple Cinnamon Syrup.

Combine Maple Syrup and Ground Cinnamon in a heavy, small saucepan. Bring the Syrup to a Simmer. Remove from the heat, place the Baked French Toast on heated plates, top with the Warm Maple Cinnamon Syrup and serve.

You can make this French toast gluten free by just substituting your favorite gluten free bread instead of whole wheat.