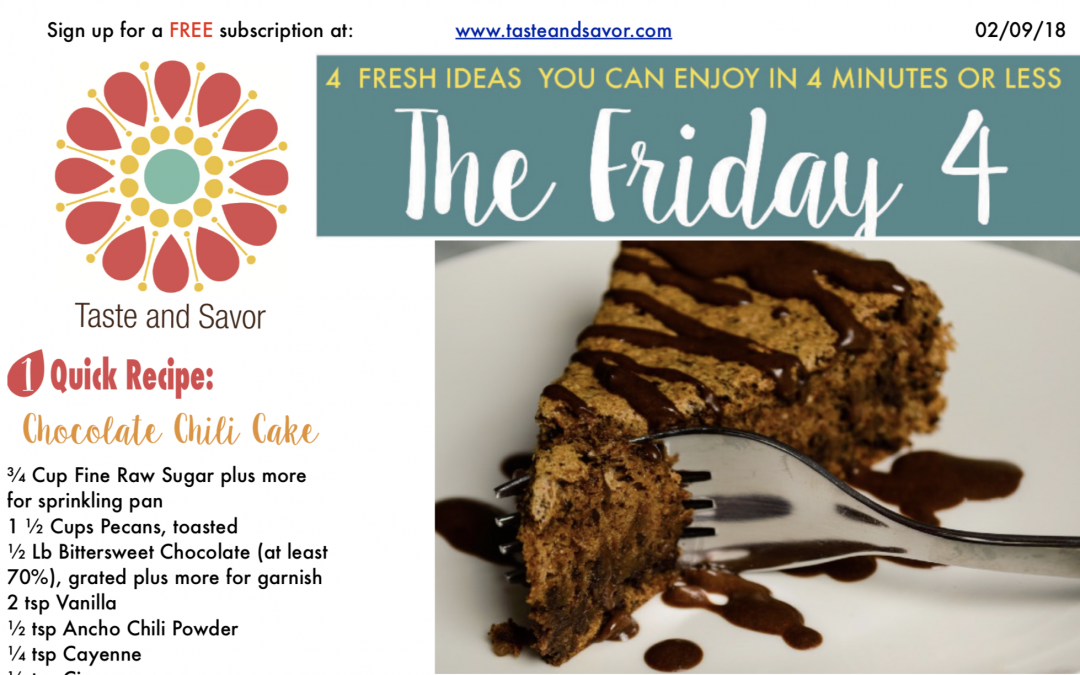 Preheat oven to 350F. Line bottom of 1 (10”) springform pan with circle of parchment paper. Coat sides and bottom with nonstick spray or oil. Cover bottom and sides with sugar. Shake out excess. 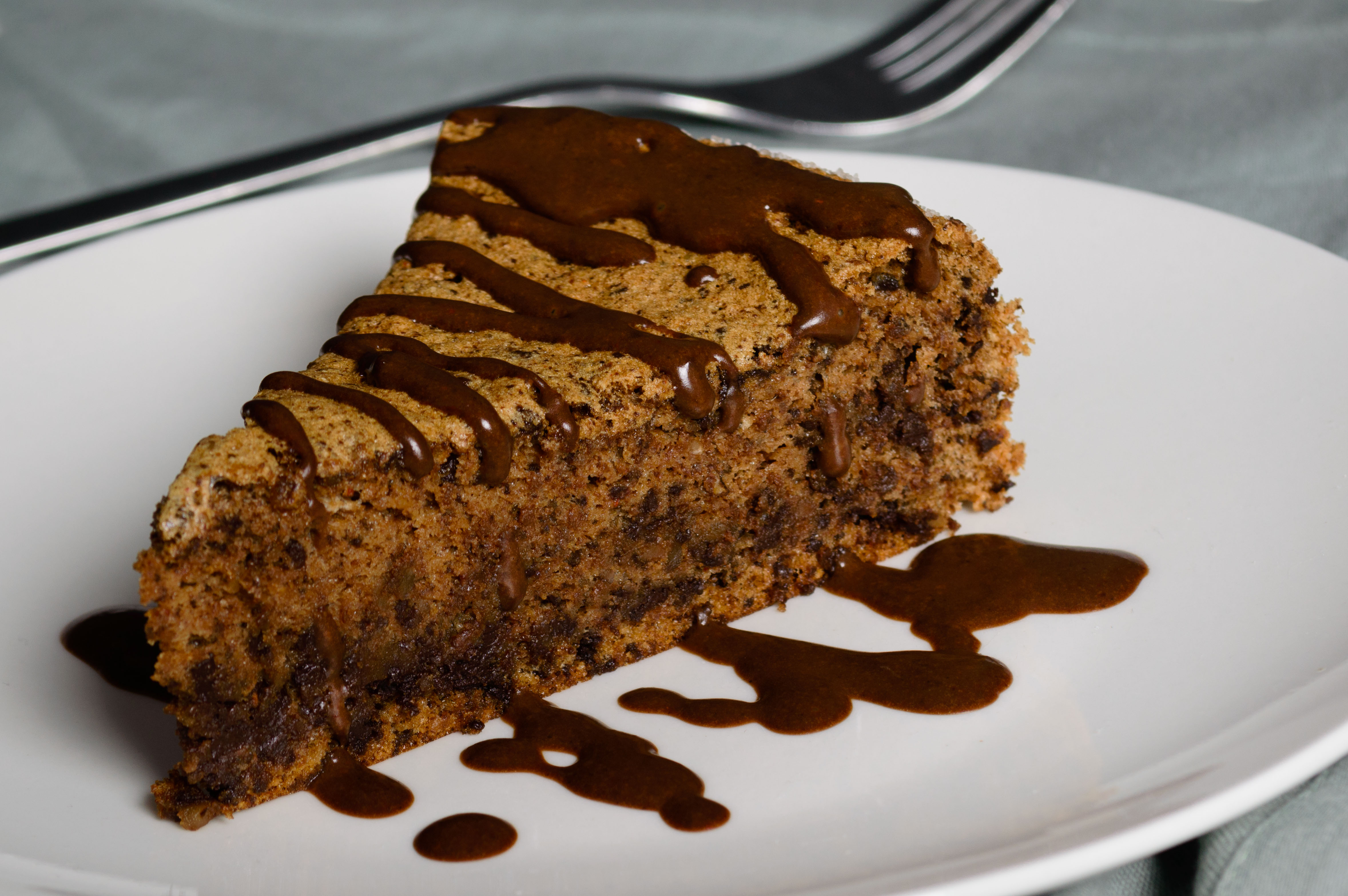 Gently fold egg whites into chocolate mixture 1/3 at a time. Pour batter into pan. Cook for 30 minutes or until center is firm. Let cool completely before drizzling with chocolate chili glaze.

Whisk together cocoa, spices and sugar in bowl. Using a mixer beat the butter in separate bowl until light and creamy. Add the cocoa mixture and ¼ Cup milk alternately to butter in two additions. Beat to spreading consistency, adding more milk if needed. Blend in vanilla and beat until smooth and shiny.

When buying, you’ll want to look for chocolate that does NOT have the words Dutch processed or alkali in the ingredient list. Processing chocolate with alkali is known as the “Dutch method”. This causes the chocolate to lose a lot of the flavonoids and antioxidants we look for when indulging in dark chocolate.

Chocolate and chilies are a match made in heaven. Try adding a little cinnamon and chili power to your chocolate recipes – like cookies or traditional chocolate cake for a hint of heat and spice. Start by experimenting with 1/2 teaspoon of each, increasing by 1/4 tsp if you’d like a little more heat!

Ruby Port is always my favorite wine choice to pair with deep dark chocolate. This ruby port is made with a blend of traditional Portuguese grapes. A little sip goes a long way, so the great news is leftover port stays fresh in the fridge for month or MORE.