Happy Pumpkin Month! Five Amazing and Healthy Things that You Can Do with Pumpkin on ATL & CO 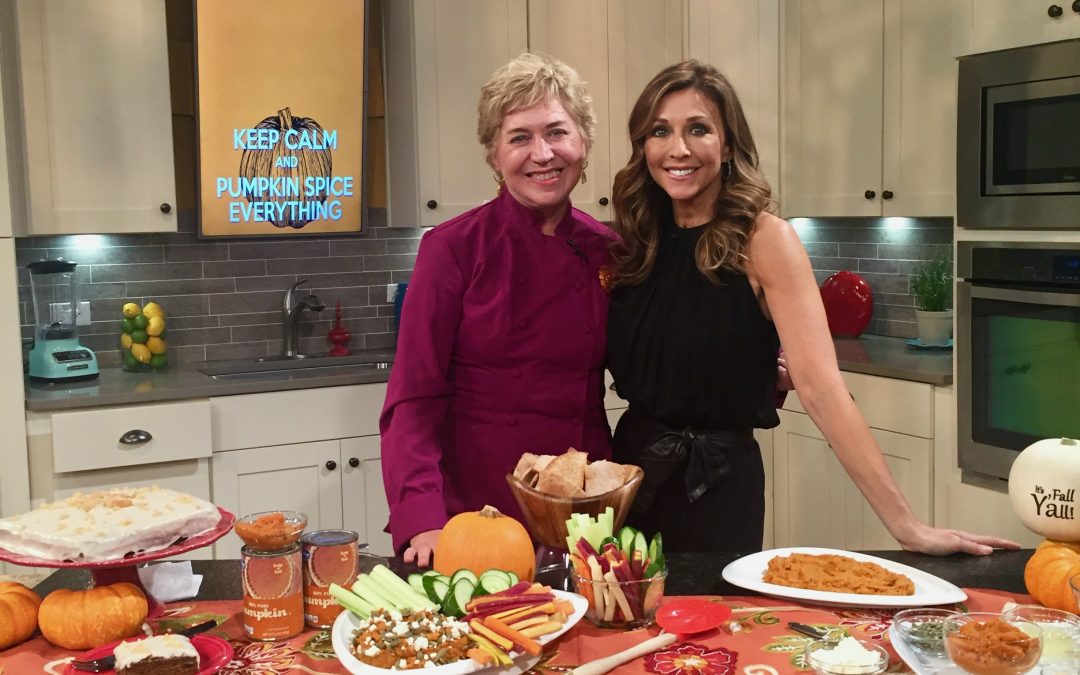 Everyone makes Pumpkin Pie; here are some new and fun ways to use pumpkin that I showed fun host Christine Pullara on NBC 11 ALIVE’s Atlanta & CO this morning! Whizz all the ingredients In a high speed blender until pureed. Step One Preheat the oven to 350F. In a large bowl, beat the pumpkin, eggs, oil and vanilla until well combined.

Step Two In another bowl, whisk together the dry ingredients, and then stir into pumpkin mixture. Fold in the nuts. Pour into a non-stick sprayed and parchment-paper lined 13” x 2” pan. Bake for 20-25 minutes or when just a few crumbs remain when tested with toothpick. Set aside to cool while you make the topping.

Step Three In the bowl of a standing mixer, whip together the cream cheese and ginger, sift in the powdered sugar. Refrigerate the frosting until the brownies are completely cool. Sprinkle with the candied ginger before cutting into 24 luscious squares.

* Whether the ginger is called candied or crystallized, it’s a delicious addition to baked goods. Candied ginger is made by cooking pieces of fresh ginger in syrup and letting it dry. It’s extremely potent – so just a tiny piece is all you need to get a big hit of spicy ginger flavor. Candied ginger is also a great remedy for an upset tummy! Find it in the spice or baking section of your grocery store!

Canned Pumpkin is a kitchen staple in my pantry – it’s a wonderful substitute for fat in baked goods that adds a rich, full mouthfeel. Try substituting canned pumpkin for  1/2 of the fat in your favorite cake recipe. You’ll get the benefit of fiber and veggies, without sacrificing any flavor! Add all the ingredients to a jar and shake well.