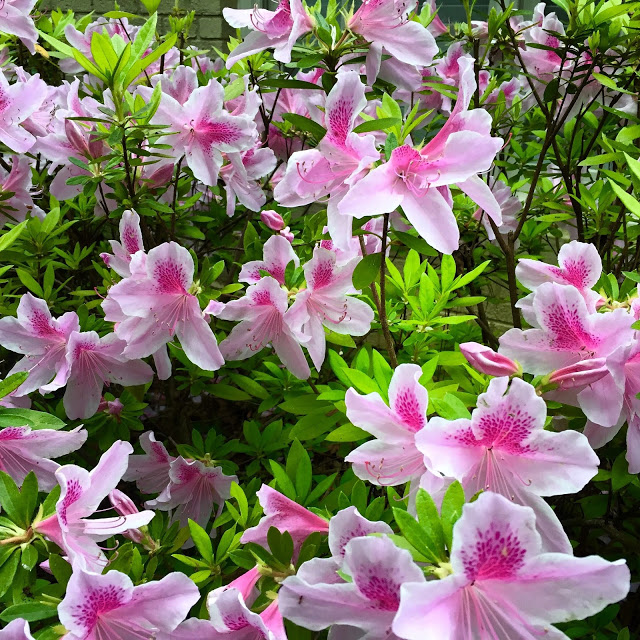 Spring has “sprung”, the azaleas are blooming in Atlanta, and May seems as busy as December this year. But Moms Special Day is Coming Up, and we want to honor her and the other moms in our life. Don’t make reservations – make brunch yourself with these easy and make ahead recipes. Berry Good Orange Strawberry Brunch Salad
3 Cups Fresh Strawberries,
Sliced
2 Oranges, Peeled and
Coarsely Chopped
6 Cups Baby Greens
1 Cup Dried Berries (Cranberries
or Blueberries)
½ Cup Walnuts, Toasted and
Chopped
OJ Salad Dressing*
Arrange the Cherries and
oranges on top of the baby greens, which have been spread out on a platter.
Sprinkle with the Walnuts and drizzle with the dressing.
*OJ Salad Dressing
3 TB Orange Jam
1 TB Lemon Juice
1/3 Cup Extra Virgin Olive
Oil
Whisk the ingredients
together.
MAKE AHEAD DIRECTIONS
Prepare the strawberries
and oranges and place in separate ziplock bags. Toast the walnuts and make the
dressing. The next day, assemble the salad and drizzle with the dressing. Baked Maple and Cinnamon
French Toast
6 to 8 (1 Inch-thick) Slices of Whole Wheat Bread
2 Large Eggs
4 Large Egg Whites
2 Cups Almond Milk
1/2 Cup Pure Maple Syrup
2 Tsp Vanilla Extract
1/2 Tsp Cinnamon
Step One Preheat the Oven to 425F. Spray a large
baking pan or dish with non-stick spray. Arrange the bread slices in a single
layer – the bread should fit into the pan snugly.
Step Two Combine the eggs, whites, milk, maple
syrup, vanilla and cinnamon in a bowl. Whisk to blend and then pour over the
bread. Let soak until all the egg mixture is absorbed, turning the bread after
about 10 minutes.
Step Three Bake the toast in your preheated oven for
about 25 minutes until golden brown.
MAKE AHEAD
DIRECTIONS
Complete the recipe through Step Two. Cover and place the French
Toast in the refrigerator overnight. Remove from the refrigerator and let sit
on the counter while the oven preheats. When it reaches temperature bake in the
oven for about 35-40 minutes, or until golden brown.)
OPTIONAL:
Maple Cinnamon Syrup:
1 Cup Pure Maple Syrup
1/2 Tsp Ground Cinnamon
Combine maple
syrup and ground cinnamon in a small saucepan. Bring the syrup to a simmer.
Remove from the heat; place the baked French toast on heated plates, top with
the warm maple cinnamon syrup and serve.