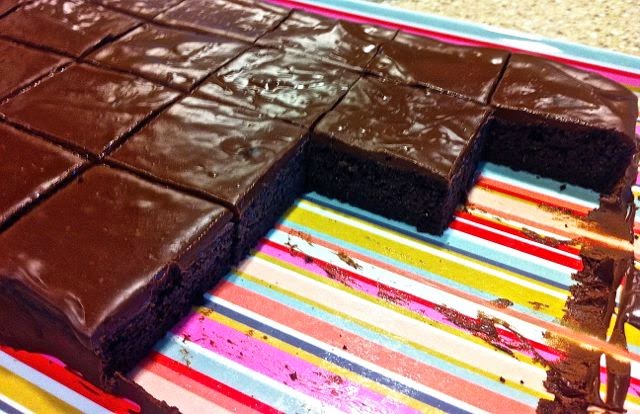 I received an email from a favorite chef today – it recapped her favorite 10 recipes of the year. I liked that idea and thought, “Wonder what my 2014 Friday Four readers liked most?” After a long time of extracting data, (more like 15 minutes but still – ugh), I discovered that Chocolate Quinoa Cake was the most read recipe of the year!

What’s not to like? Chocolate? Cake? Nope. Even for your most die hard finicky eaters, its impossible to identify the better-for-you quinoa in the healthy indulgence. So this result didn’t surprise me at all… But as I looked down the list of the next nine, I was astonished. Where was the fabulous chicken mole? the yummy sesame lime salad and the crazy good cauliflower pizza? That same pizza that slides onto our table at home at least once every couple of weeks? I went back to the data and found that the difference between the most popular, and least popular 2014 Friday Four recipe was less than a hundred views. In a newsletter with a circulation of 5,000 – not a lot of difference! So if your all time fav, standby, my-family-loves-this-recipe isn’t in the list, know that it didn’t make it by just a few clicks!

Here in no particular order are the REST of the top ten Friday Fours of 2014. Did your favorite make the 2014 Friday Four top ten?