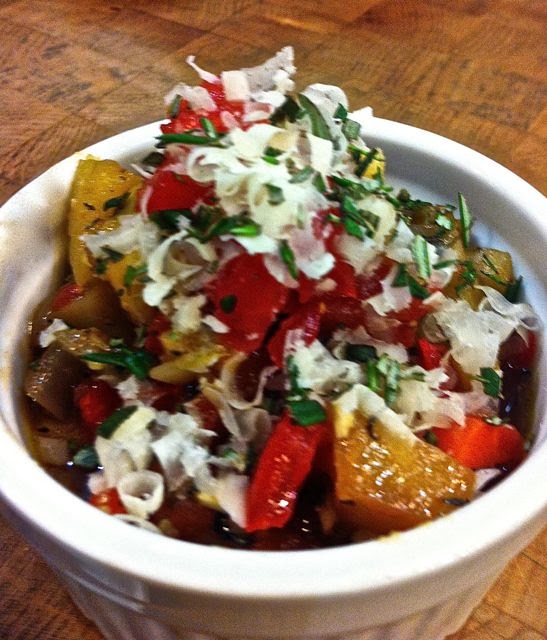 A fellow chef recently wrote an article all about why she didn’t like the word, “veggies”. She felt strongly that by referring to vegetables as “veggies” that we were demeaning the most wonderful category of food. The author, Deborah Madison is a culinary rock star. She is simply one of the most forward-thinking, creative women chefs in the world. Her books include titles like Greens and her latest, Vegetable Literacy. I had the opportunity to meet her at a professional conference and I was thrilled beyond belief.

But Deborah, I beg to differ. The word veggie is simply an endearment. And really…who doesn’t think of the word when picking up the most tender tiny little squash, or brand new spring onion, an enormous feathery dill with fronds as long as hair or a glamorous bunch of golden beets with dirt disguising its bright colors.

We do this all the time in the food world. In the article she talks about we don’t call meat, “meaties”. No, we do something worse to meat – we call all types of meat “proteins”.  How crazy is that? We are lumping in the industrial “pink slime” of the fast food hamburger in with the lovely raised grass fed cow that lived a good life before it graced our plate. Or the slices of serrano ham that were carefully placed on a tapas plate, because of their beauty and taste. That’s just wrong.

I’ll lead the movement to make meat a more treasured part of our diet. Not giant slabs from steak houses, but the magnificent well raised and valued meats that are called by their name. Beef, pork, lamb and goat that is appreciated more than just being “protein” that is consumed because its fatty and rich and indulgent.

Deborah, I agree with most of your article. I love how you get SO excited about vegetables. Me too. The paragraph on how vegetables protect themselves is fabulous. But for me, I’m going to continue to use the word, veggie. It perfectly describes my love and the wonder for the best part of any menu. Thanks for making me think about how much veggies mean to me.

Just in case you want to read Deborah’s article, too! Stop Calling them Veggies

Wishing I was back in Provence today, warm yellow sun, blue skies and lavender. That’s the inspiration for this weeks Meatless Monday recipe. Step
Three
Pour the broth and fire roasted
tomatoes into a stock pot and add the roasted vegetables. Simmer gently for
about 15 minutes. Step
Four
In a small bowl, toss the tomatoes with
the lemon juice. Taste for salt and pepper. Serve, topped with the tomatoes,
cheese and the chopped herbs.