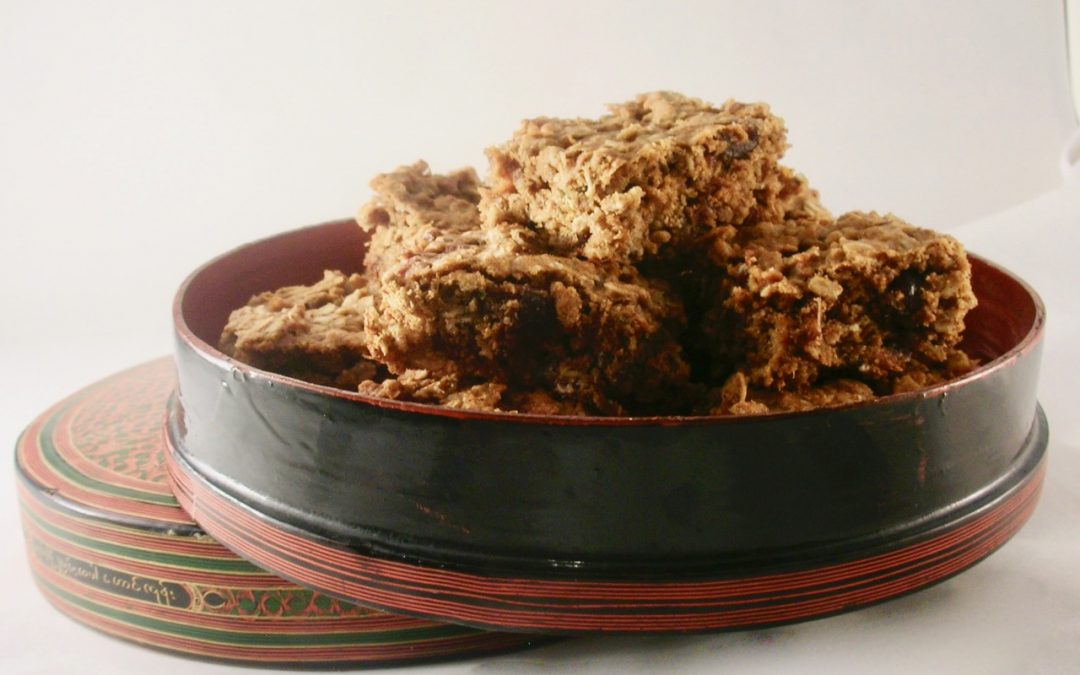 We’re making this recipe with a spice that you may not be as familiar with using – Allspice. Its the dried berry of an evergreen tree that has a flavor of cinnamon, nutmeg and cloves. Traditionally it’s used with pumpkin and winter squash dishes. Allspice is also great in tomato sauces – add a little bit to your barbeque sauce for extra zing!

Allspice also packs powerful nutrition in the recipe as well. It has carminative properties, which means it can relieve gas, bloating, and stomach upset. Its eugenol may ease diarrhea, nausea, vomiting, bloating, gas, and even constipation. The spice’s many antioxidants have anti-inflammatory properties that may eases cramps and aid digestion. What a great fall snack to have in your healthy kitchen!

In a bowl; combine the flour, oats, baking soda, cinnamon, allspice and salt.In a second bowl; mix the pumpkin, eggs, oil, vanilla and brown sugar together.

Stir the pumpkin mixture into the flour mixture. Add in the dates and pecans. Spread the mixture in your prepared pan. Bake for 30 minutes, or until a skewer inserted in the top comes out clean. Cool completely before cutting.