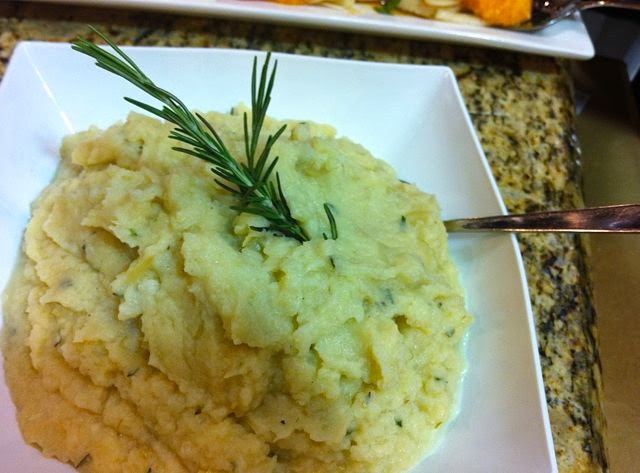 I’ve always been more than a little suspicious of the “Low-Carb” recipes that imitate mashed potatoes. Mostly, I’ve found them lacking in flavor and mouthfeel, watery and just not good. Lets face it, mashed potatoes are good. So, I say – go for the mashers when you are serving your turkey and dressing.

Or not! Once you’ve tried this recipe, full of flavor and with a substantial texture from the fennel, you may reconsider. Or, add it to the table. Sous Chef Lea and I created this recipe on the fly – wanting to make a side dish that packed lots of flavor, more fiber and fewer calories.

See if you don’t agree that this Golden Fennel Puree is Turkey worthy, too!